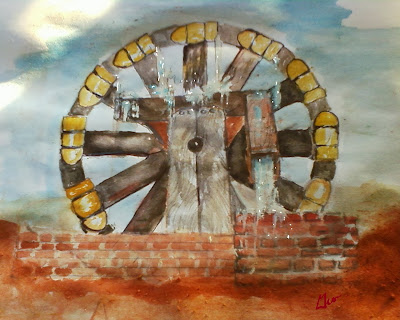 Bit of rust speaks:
Is it? Is it?
Is it important
How we feel
At this journal
Of the Persian wheel?
A squeak:
Observer rimmed
In buckets, undershot,
Climbs round to
The observed,
Like a noria lifting
Water from a stream,
Is it? It is.
Posted by Geo. at 4:24 PM 10 comments: 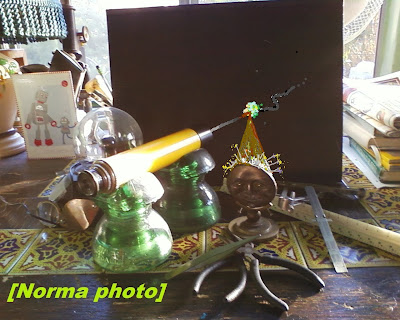 I guess I should also clarify that when I was a little boy and got to know Great Uncle Joey --the oldest man I'd ever seen-- my grandparents and parents simply said he was "in the hotel business". When I grew up I learned Joey's hotel was a whorehouse in Clarksburg. I also learned that, in 1915 through 1917, a flu hit the delta and killed many many people. Joey addressed his staff and said if they wanted to help do for the sick, cook for children of sick mothers, bring in crops, care for livestock and generally keep the riverfront economy going until people got well, he would keep them on the hotel payroll. The community was so glad to get this staff of nurses and it helped so much, that law enforcement looked the other way. Other whorehouses followed suit and, despite devastating mortality rates in those years, farms did not fail and families clung to their dreams. So when I'd ask who one nice lady or another was when Joey visited, I'd be told, "She's a nurse, Geo."
Posted by Geo. at 5:06 PM 6 comments: 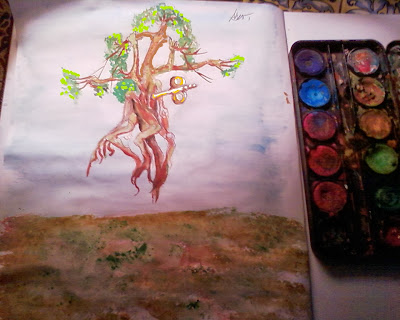 I have built a
Little clockwork tree
That climbs itself
Into the sky and
Comes free, which
Amuses children
And would make
A fine gift, but
Each one gets
Away from me.

Fires At The Mind Parted

[Normaphoto of an old Geo. doodle] 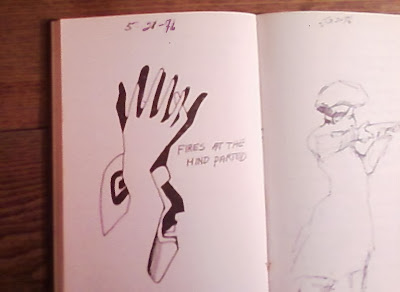 What is this age, air rarefied,
Reason or reconstruction?
Fire at the mind parted--
An old doodle on an old page
Startled at play, lit by
Light of other days-- still
Lingers, a flame of shadows and
Fingers, begun --and time
Has left its lines undone.
All possible selves gone on
Their separate ways: an old
Page in an old book.
It does no harm to look.
Posted by Geo. at 8:07 PM 11 comments: